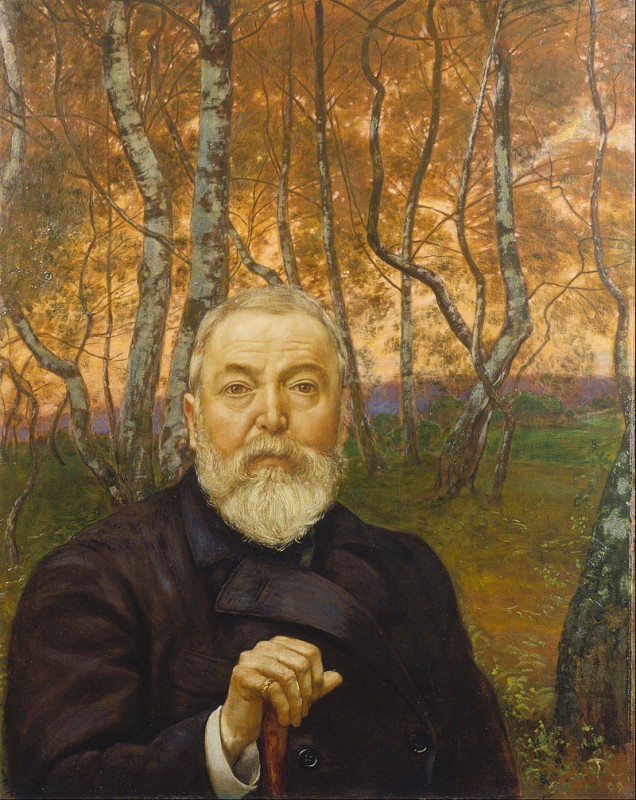 He was born in Bernau in the Black Forest, Germany. Having started life as a painter of clock faces, he entered in 1859 the Karlsruhe academy, where he studied under Johann Wilhelm Schirmer and Ludwig des Coudres. He subsequently studied and worked, with but indifferent success, in Düsseldorf, Paris, Italy, Munich and Frankfurt, until his reputation became firmly established as the result of an exhibition of some thirty of his paintings in Munich. He died in Karlsruhe in 1924 at the age of 85. 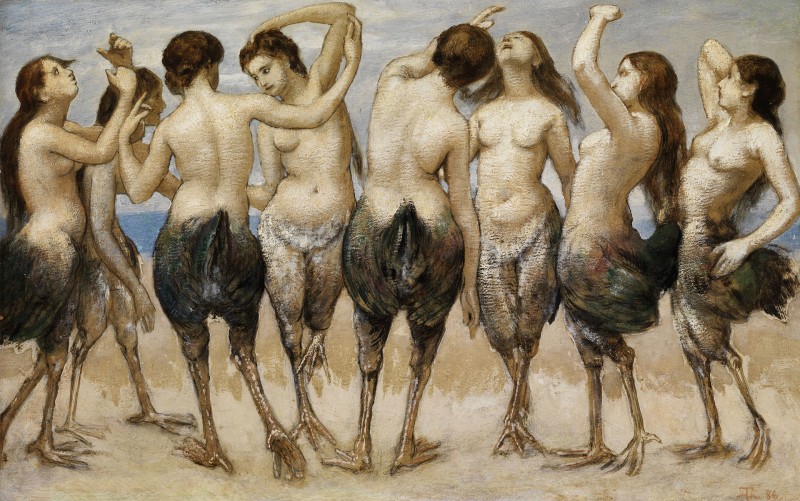 In spite of his studies under various masters, his art has little in common with modern ideas, and is formed partly by his early impressions of the simple idyllic life of his native district, partly by his sympathy with the early German masters, particularly with Albrecht Altdorfer and Lucas Cranach the Elder. In his love of the details of nature, in his precise (though by no means faultless) drawing of outline, and in his predilection for local coloring, he has distinct affinities with the Pre-Raphaelites. 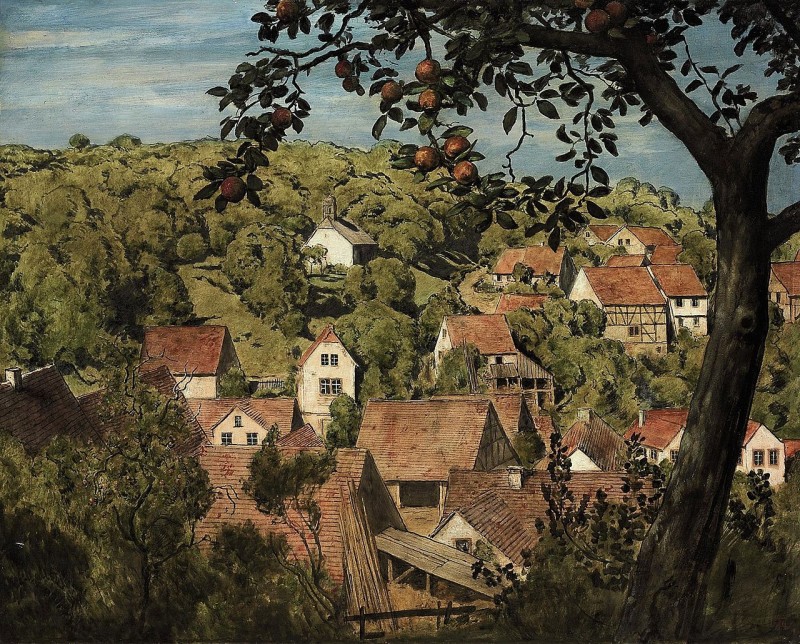 Many of his pictures have found their way into two private collections in Liverpool. A portrait of the artist, and two subject pictures, The Guardian of the Valley and Spring Idyll, are at the Galerie Neue Meister; Eve in Paradise and The Open Valley at the Städel. Other important pictures of his are Paradise, Christ and Nicodemus, The Flight into Egypt, Charon, Pietà, Adam and Eve, Solitude, Tritons, besides many landscapes and portraits.

He also produced numerous lithographs and pen drawings, and some decorative mural paintings, notably in a café at Frankfurt, and in the music room of the Alfred Pringsheim house in Munich. 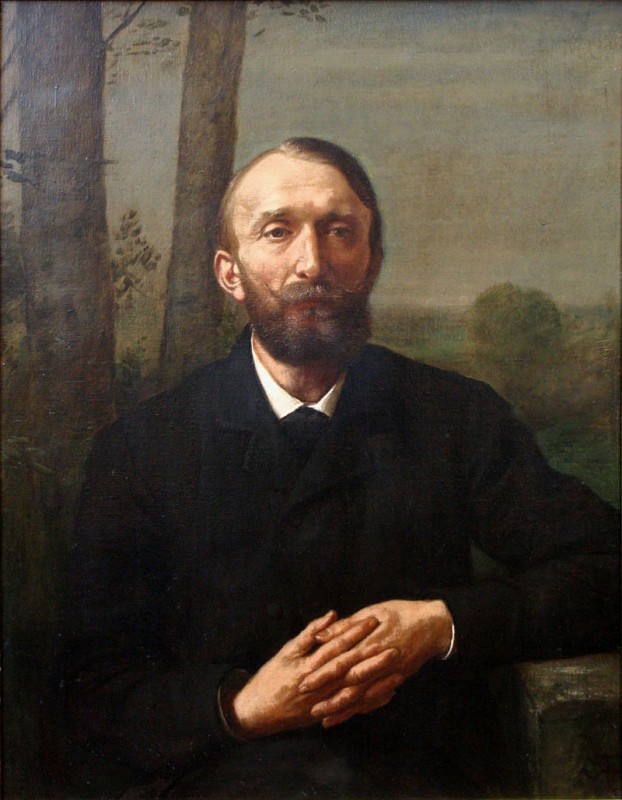 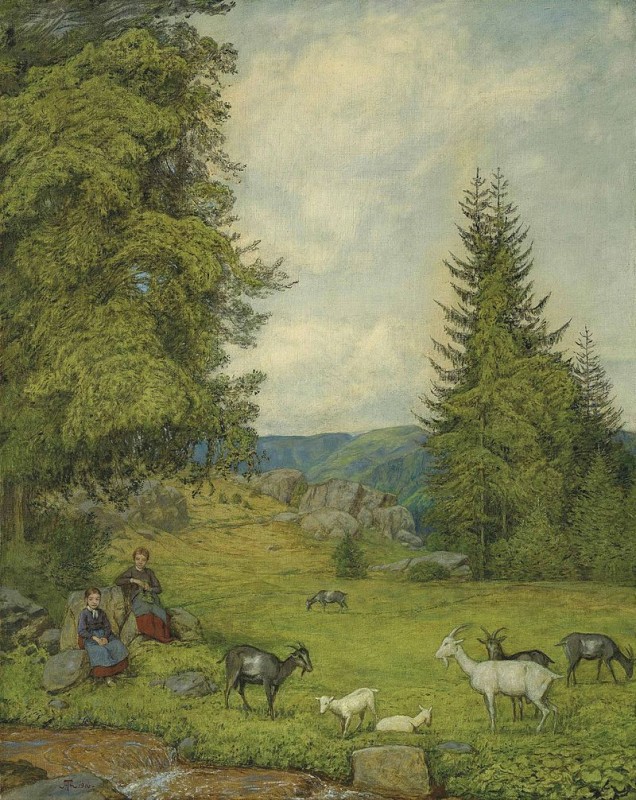